Planning to Plant? What to Know About Invasive Species

It's the New Year and a gardener's thoughts naturally turn to planning new and interesting plants. For those of
us living on California's Central Coast, the mild climate and long growing season supports a wide variety of
vegetation. But beware: there are some plants that should be avoided because introducing them to your
landscape can have consequences that go far beyond filling an empty spot in your flower bed. Apart from
poison ivy and other classic plant “no-no's,” the plants that should be on your radar are known as “invasive
plant species.” So, whether you're planning a large landscaping project or a simple garden refresh, here's what
you need to know.

What is an “invasive” plant?
Invasive plants are usually not native to a particular region but once introduced, they become established very
quickly. If allowed to proliferate, they will out-compete the existing vegetation and ultimately, disrupt the
natural ecosystem. A dramatic example of “invasives” taking over can be seen in California's iconic “golden”
summer landscape. Prior to European settlement, the hills would have been green year-round with deep-
rooted perennial native grasses dotting the open ranges. The aggressive annual grasses and weeds that
accompanied the introduction of livestock quickly took over and today, only 1% of California's native grasses
remain.

What's the difference between “invasive plants” and “weeds”?
Although they are vexing and you might think of them as invasive, there's an important difference between
common garden weeds and plants that are truly and destructively invasive. Your typical weed actually requires
what is known as “human disturbance” to establish and persist. “Disturbance” means conventional gardening
activities like soil tillage, fertilizing, irrigation, etc. Invasive plants (whether they are introduced intentionally or
not) do not need any help from humans and readily escape from cultivated areas, infesting all kinds of habitats
including wildlands, rangelands, and even waterways.

What do invasive plants do to a natural habitat?
Invasive plants disrupt an ecosystem by out-competing other plants, thereby reducing the ability of natives and
other non-invasive plants to survive. This change creates a “domino effect,” impacting every organism that has
evolved in the pre-invasive habitat including birds, insects, and other wildlife who rely on native plants for
shelter and food.

Where do “invasive“ plants come from?
According to the California Invasive Plant Council, about 37% of the species listed on the CIPC Inventory were
introduced accidentally through contaminated seed or carried along on equipment, vehicles, animals, human
shoes, etc. The remaining 63% were intentionally introduced and of those, nearly 80% came via the nursery
industry for use in ornamental landscaping. We now know the harm that invasives can cause, but ironically, it
is also easy to understand why so many of them have become popular: they tend to be attractive, and they
grow very well!

Although many invasive plant species that were introduced in California are no longer sold, others are still
available, and their impacts can be seen on a grand scale. Of these, Pampas Grass (Cortaderia selloana or Cortaderia jubata) is the poster child. This spectacular South American native was brought to Santa Barbara and introduced commercially as an ornamental in the late 1800's. Extremely hardy and fast growing, with massive clumps up to 13 feet tall, stands of Pampas Grass can be seen along the entire length of California's coastal areas. The plant's sharp leaf blades can be harmful to animals and humans, rendering it undesirable as wildlife shelter or food source. It's also quite flammable.

The list of invasive plants that are still sold in California goes on. Among the varieties of highest concern and
that are known to be invasive in our coastal region are these: Green Fountain Grass (Pennistem setaceum);
Mexican Feathergrass (Stipa/Nassella tenuissimo) Water Hyacinth (Eichornia crassipe); Yellow Water Iris (Iris
pseudoacorus); Highway Iceplant (Carpobrotus edulis) and Periwinkle (Vinca major).

Why it matters
Invasive plants cause harm to the environment, the economy and even human health. Fast growing woody
invasives create higher fuel loads, causing fires to burn with greater intensity. Invasive aquatic plants clog
waterways and block livestock from gaining access to water. According to the California Invasive Plant Council,
the state's annual expenditures on control, monitoring and outreach to address the issue of invasive plants
total more than $82 million dollars. The actual environmental cost is much more difficult to determine but
researchers at Cornell University estimate that the damage done by invasive plants in the U.S. costs over $120
billion each year.

Although it is one of the most bio-diverse places in the world, California has limited and diminishing
untouched natural habitats and over 30% of its native species are threatened. In many areas of San Mateo
County, housing developments are adjacent to large areas of open space, which makes them especially
vulnerable to “invasion” by problematic plants. By choosing non-invasive plants for your garden, you will help
to protect these sensitive areas. 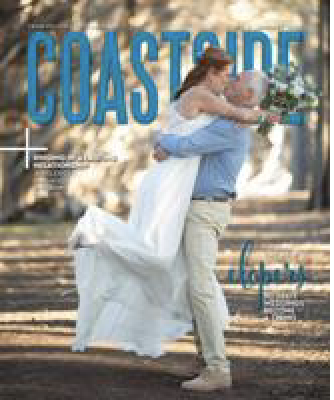